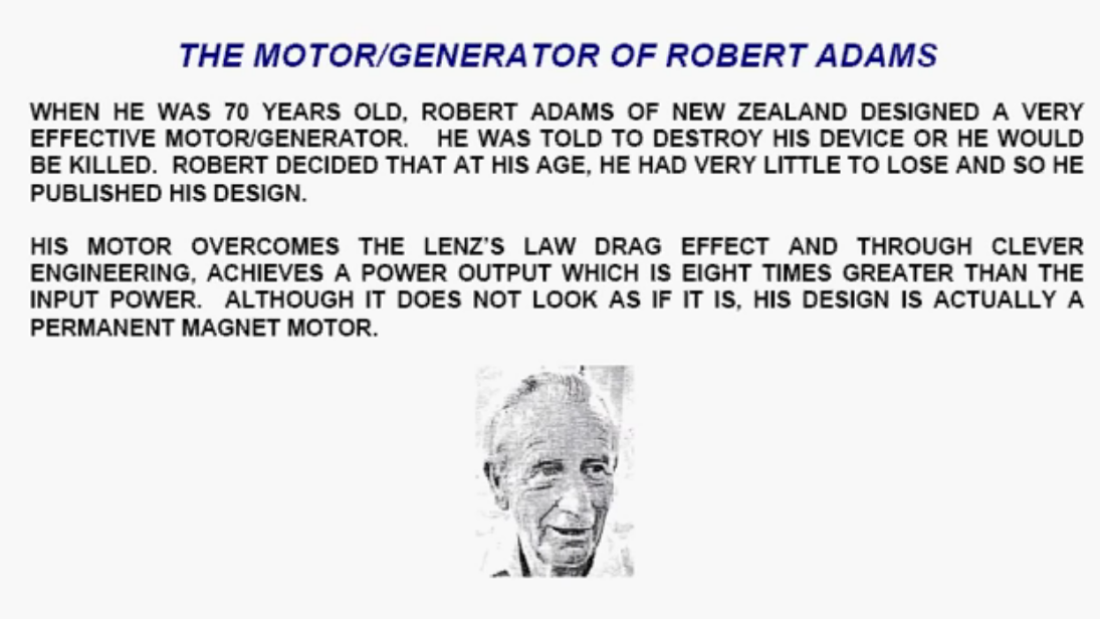 by hyacinthrsrch
Energy
Patrick Kelly
This is a simple home-build motor-generator with far greater output power than its own input power.
It is with great excitement, and appreciation to the inventor, that Nexus publish the following information on the Permanent Magnet Electric D.C. Motor Generator of Robert Adams, a former Chairman of the Institute of Electrical & Electronics Engineers, Inc., U.S.A., (N.Z. Section).

Afer having his invention suppressed for over 20 years, Mr Adams, at the age 72, has decided to share his design with the world regardless of the consequences. Mr. Adams’ quest to bring “free” energy to the world has cost him dearly, as it has many other researchers who threaten to bring the “establishment” undone.

He has survived an attempt on his life by an individual affiliated with the New Zealand Secret Intelligence Service and the Central Intelligence Agency, direct suppression of his invention by former (and recently deceased) Prime Minister of New Zealand, Roben Muldoon, the giant British electronics company, Lucas Industries, as well as numerous other insurmountable difficulties that have been placed in his path. All because his invention worked. And not only that, it is so simple, any electronics manufacturer or skilled backyard-home-scientist could build one!