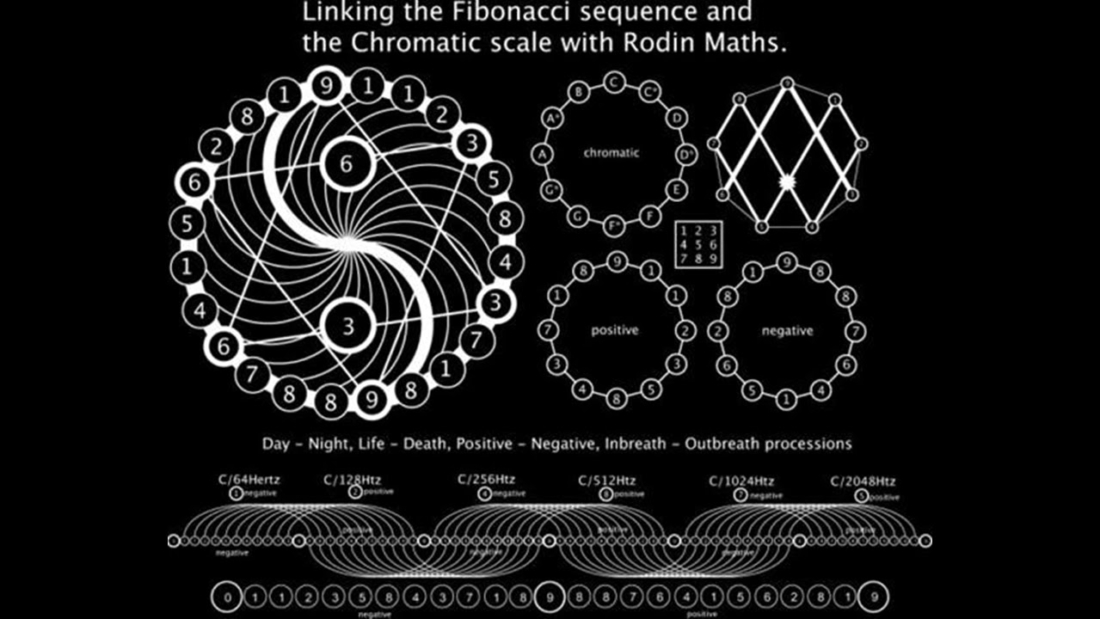 An Introduction to the Rodin Coil and Vortex-Based Mathematics

With the introduction of Vortex-Based Mathematics you will be able to see how energy is expressing itself mathematically. This math has no anomalies and shows the dimensional shape and function of the universe as being a toroid or donut-shaped black hole. This is the template for the universe and it is all within our base ten decimal system!

Numbers are Real and Alive not merely symbols for other things. You will discover that the relationships between numbers are not random or man-made but that numbers are actually elementary particles of which everything is composed.

This lost knowledge was well known to our ancients and is now being uncovered for us today. Gradually you will come to see numbers in a simple yet profoundly perfect three-dimensional matrix grid pattern that forms the shape of a torus. The number grid reveals the calibration and timing for an engine that can take us throughout the universe and solve mankind’s energy needs.

As you begin to glide through this explanation of Marko Rodin’s fantastic discoveries, please understand that you must set aside many commonly held belief systems of the way the world works in order to fully comprehend the completely new truths that are embodied in this discovery.

This math truly explains everything that ever was, is, and ever will be in the universe, perfectly, with no omissions. As Russell Blake, senior researcher from Microsoft, has said of Marko’s work, “
This fantastic coherence has existed since the beginning of time but has yet to be harnessed by mankind and the potential is truly mind-boggling.” Thus, we invite you to charge forward with all your mind, heart and soul into the enchanting realm we like to call The Rodin Experience.

Mathematics as we know it today is only a tool to symbolize quantities. It simply and shamelessly helps the greedy king count his coins.

Vortex-Based Mathematics (VBM) is completely different because it is a dynamic math that shows the relationships and thus the qualities of numbers rather than the quantities.
Within VBM numbers are not symbols that stand for something else, NUMBERS ARE REAL AND ALIVE. But what exactly does that mean you ask, well…

Marko Rodin final conclusion was that all intelligence comes from a person’s name. This led him to understand that not only do our personal names and the language they are spoken in highly affect our personalities but that the most important names are the names of God.

This led Marko into a journey of thoroughly studying all the world’s great religions. When he was introduced to the Baha’i Faith he immediately became a believer.

(Prophet of the Baha’i Faith) which is Abha and convert it into numbers.

He did this in an effort to discover the true precise mystical intonation of The Most Great Name of God. Since the Baha’i sacred scripture was originally written in Persian and Arabic Marko used the Abjad numerical notation system for this letter to number translation.
This was a sacred system of allocating a unique numerical value to each letter of the 27 letters of the alphabet so that secret quantum mechanic physics could be encoded into words. What Marko discovered was that (A=1, b=2, h=5, a=1) = 9.

The fact that The Most Great Name of God equaled 9 seemed very important to him as everything he had read in both the Baha’i scriptures and other religious text spoke of nine being the Omni-potent number.

So next he drew out a circle with nine on top and 1 through 8 going around the circle clockwise. Then he discovered a very intriguing number system within this circle.

Marko knew he had stumbled upon something very profound. This circle with its hidden number sequence was the “Symbol of Enlightenment.”

This is the MATHEMATICAL FINGERPRINT OF GOD.