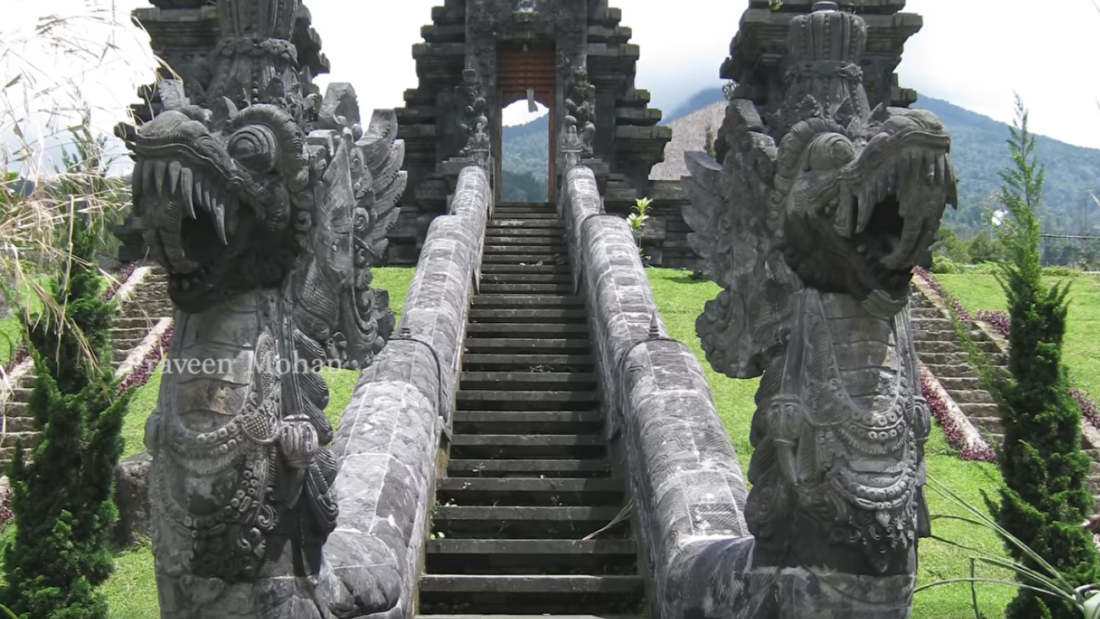 by hyacinthrsrch
EnergyHistory
PraveenMohan
Instagram: https://instagram.com/praveenET
Twitter: https://twitter.com/IamPraveenMohan
Facebook: https://www.facebook.com/praveenmohan…
Website: https://www.phenomenalplace.com
Hey guys, today we are going to look at something really fascinating in the ancient temple of Preah Vihear in Cambodia. Today, to reach Preah Vihear temple, we have to drive up through steep roads because the temple complex is on top of a mountain which is about 1700 feet tall, and we are able to reach almost the top, and then we can park the car and explore the temple. But this is not how ancient people visited the temple, Hindus considered climbing mountains as a sacred ritual in itself, so to truly experience how ancient people reached the temple, you have to go through an entrance which is forbidden to visitors now.
This is the ancient staircase and immediately you notice that it is guarded by 2 giant Nagas. The Nagas are snake like, reptilian creatures described in sacred Hindu texts. But these Nagas are awe-inspiring, look at the size of each one. Compare them with my height, the hooded head of the Naga alone would be at least 15 feet tall. But it is not just the size of the Naga that amazes you, look at the details.
The Nagas are commonly thought of as snakes, but look at these heads. Do snake have teeth like human beings? Your initial reaction would be thinking that, no, snakes do not have rows of teeth, they just have sharp fangs to inject venom, but it is not true. Most of us do not know that Snakes do have rows of teeth, but ancient people were much more knowledgeable than us. Look at the heads of the Naga, it does not have one head, but you can count a total of 7 heads. What is the significance of the 7 headed Naga and why did ancient Cambodians carve such a figure? Cambodians not only believe that this underground reptilian race exists today, they proudly claim that they are the descendants of this race. This is why they still make offerings to Nagas, even today, because they consider them as their ancestors. According to Cambodian legends, a humanoid by the name of Preah Thorng married a Naga princess called Neang Neak. And the Khmer race was born as a result of this hybrid union.
Don’t ask me how such a creature is possible in real life, we are only scraping the surface of ancient history. Recently, we have found a few snakes with 2 heads, and scientists say these are genetic mutations. Perhaps these were created as a result of ancient genetic engineering, or sculptors carved exaggerated features to show the prowess of this figure, just like how we show deities with 10 hands to show their 10 weapons.
Look at the hood of each snake, it has these lines perfectly depicting the scales, giving a realistic feel to it even after more than a 1000 years. The scales look amazing. But there is a weird detail at the bottom here, it appears as though it has feathers. Do serpents have feathers? In ancient Mayan and Aztec civilizations of Mexico, serpent gods are shown with feathers, this deity is known is Kukulkan or Quetxlocoatl. Furthermore, look at the position of the carving, it is carved on the sides of the staircase, and that is exactly what we see here. In other parts of the region, we can even see these feathered serpents guarding the stairs, just like the Mayan Monuments of Mexico. Is this a mere coincidence? But we are not going to compare civilizations today, let us go back to this Naga at Preah Vihear temple.
Now, are these just Giant Snake Heads? No, these Nagas have bodies also. Look at the length of these bodies, they are each about a whopping 100 feet long. This is just fantastic to see 100 feet long snake bodies being designed as handrails or parapet walls. The body is made up of several stone blocks which have arches at the top. These blocks are aligned neatly and they extend till the end of the passageway.
Somehow, I am curious to see the tail of these Nagas. Perhaps they would give me a clue about their secrets. But sadly, the tail has been intentionally destroyed, possibly because of the war between Thailand and Cambodia. But when I turned to the right side naga, I find exactly what I am looking for. The tail, this is fascinating to see. This is a rattle, found in rattlesnakes, it is standing erect, facing the sky. This is a warning sign that the Naga can attack you at any time. Look at how well it is shaped, it is not a cylinder or a cone, it has several bends, mimicking an actual rattlesnake, look at the similarity to the actual rattle. So this is a rattlesnake, but here is the strange issue: Rattlesnakes are only found in the Americas. As far as I know, there are no rattlesnakes or snake species with these tails in Cambodia, or even all of Asia.