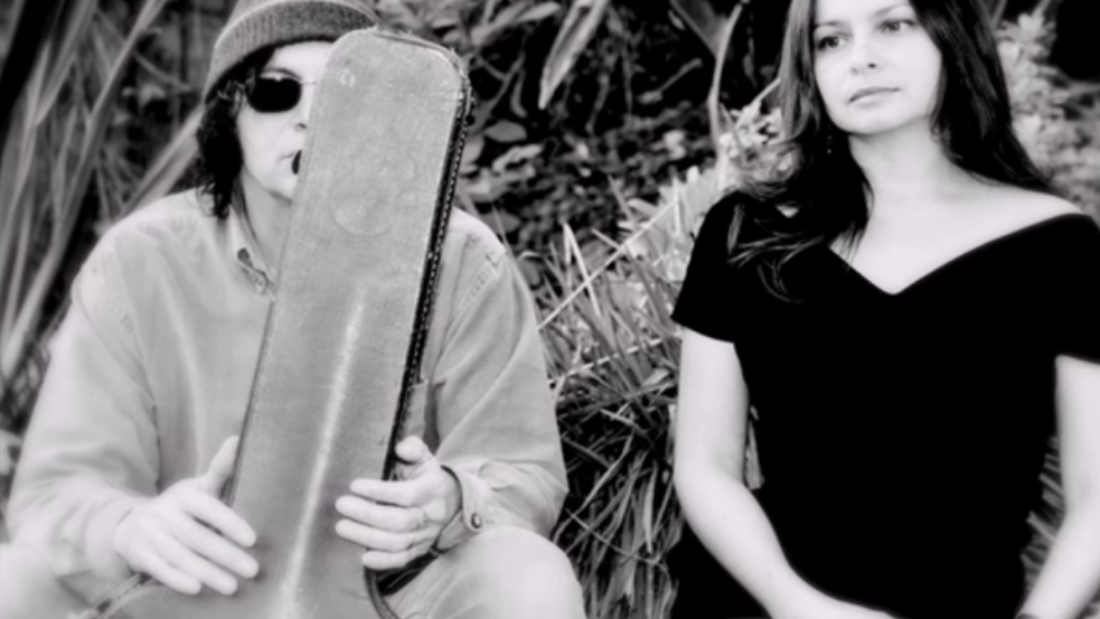 by hyacinthrsrch
Music
Hermesacat
Australian internet radio host Karen Leng interviewed Mazzy Star’s Hope Sandoval and David Roback in ABC Sydney’s radio studios. Double J internet radio is owned by the ABC (Australian Broadcasting Corp.), Australia’s public broadcaster.
Mazzy Star was in Australia playing shows on three consecutive nights at the Sydney Opera House, June 11, 12, and 13, 2018 for the annual Vivid Sydney Festival.
With the music edited out, the interview is now 28 minutes long. The original show was 1-hour. The host played several songs she chose and played prior to the interview portion. Those songs were: “Fade Into You” (Mazzy Star cover by J Mascis), “I Look Around” by Rain Parade (David Roback’s early 1980s band),and “Flowers in December” by Mazzy Star. During the interview and at its end the host played some more studio recordings.Those were: “Halah” by Mazzy Star, “Supernova” by Opal, “Disappear” by Mazzy Star, and “So Tonight That I Might See” (original 1993 version) by Mazzy Star. I edited out the music and left the interview portions intact and complete.
At my alternate yt Channel “Hermesacat2” is audio of another Mazzy Star interview from 2013, here:
https://youtu.be/TJaFHGAEFiE
If you check my main yt Channel here (“Hermesacat”) you’ll also find three radio interviews with Hope and Colm of Hope Sandoval & The Warm Inventions, two from 2016, and one from 2017.
I’ve upped audio of the entire June 11 Sydney show recorded by David Cosgrove who sent me his recording so I could further share it with fans on his behalf. Thank you David. https://youtu.be/Xx8Dgu3mn2I I’ve also upped a video compilation I assembled of audience videos of Mazzy Star performing portions of 11 different songs from their Sydney shows June 11-13, here: https://www.youtube.com/watch?v=sEQ8_…
Photo credits: Luz Gallardo for the thumbnail and one Hope pic in the slide show. Prudence Upton took several on-stage in Sydney pics you’ll see here that the Sydney Opera House FB site and other sites reproduced. Thanks go to these Instagram users for their Sydney show pics: rock.n.rollz, thelittlewhitecloud, michelleanntrace, alchemywellnesscentre, and to Twitter user dexitroboper. I don’t know the credits for other pics in the slide show.