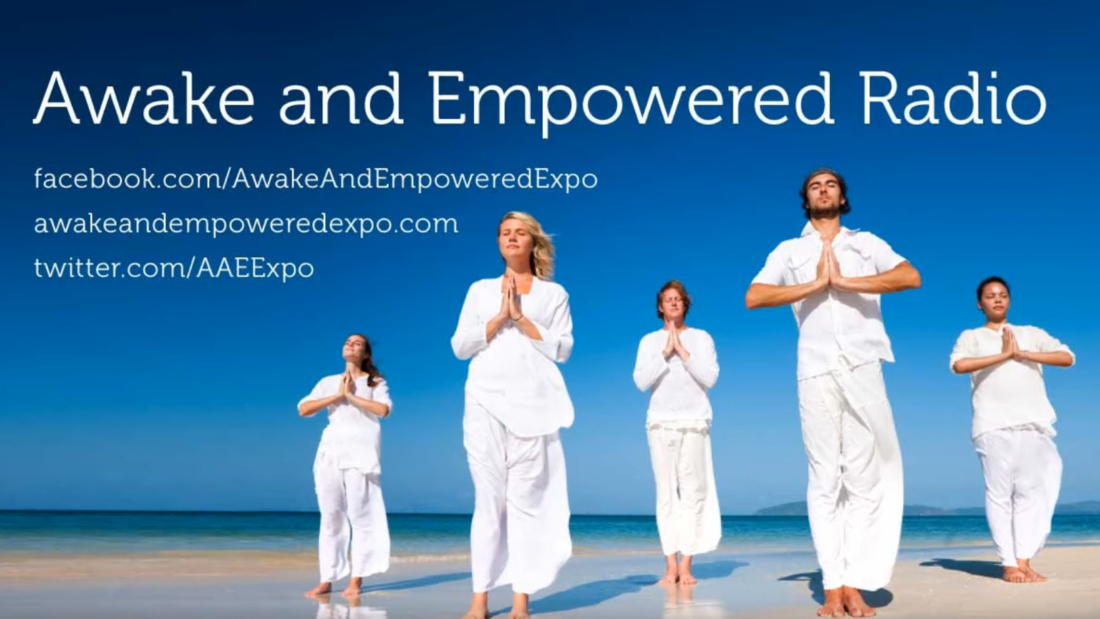 AAE tv
This exclusive interview with David Kane and Riki Kretschmar by Ethann Fox took place on July 18h, 2013. David shares the origins of ORMUS and its use in Biblical stories and in Ancient Egypt. He also gives an in depth explanation of some of the incredible health and consciousness benefits of ORMUS as well as how to increase crop yield and plant growth. Other fascinating topics include different ways to extract ORMUS including a simple “Fractional Freezing” technique. This interview is full of really great information on the subject of ORMUS that you won’t find anywhere else.
About The Awake And Empowered Expo
The mission of the Awake and Empowered Expo is to offer attendees the opportunity to enrich and enlighten their lives in all areas of human consciousness, health and well-being. Our event is the culmination of groundbreaking information in technology, health, spirituality and science presented by pioneers and experts from around the world. Attendees will be motivated to reach their highest potential self by exploring alternative perspectives that will enrich their life journey. The goal of our guest speakers and panels is to share their views and provide real world tools that will inspire positive change, while encouraging attendee interaction and exchange of ideas with one another. The expo also offers the opportunity to investigate a unique group of exhibitors and sponsors who are advancing health and longevity with innovative products and services.
As we are each a participant in the co-creation of a new world, every person who awakens will cause a ripple effect across the consciousness of the planet that will unavoidably awaken and inspire others. The Awake and Empowered Expo ultimately aims to raise global consciousness, as we come together to empower ourselves and each other to live at our collective highest potential.
About David and Riki
David Kane and Ulrike (Riki) Kretschmar are co-owners of Humannagold, conducting groundbreaking research focused on Ormic materials. Kane has an extensive background in diagnosing and troubleshooting technical and mechanical problems, especially in the aircraft and automotive industries. His technical background combined with a curious and skeptical mindset led to his interest in Ormus Gold, its health protocols and effect on our bodies. Kane was able to use Ormus to completely relieve chronic back pain he had suffered with for many years. Research conducted by Kane shows that ORMIC state materials comprise five percent of the dry weight of the human brain and nervous system, and most likely the rest of us as well. ORMIC materials can be regarded as a fifth state of matter, with solids, liquids, gases and plasma comprising the other four states. There have now been 42 elemental ORMIC materials isolated, and Kretschmar and Kane believe they will likely run most the spectrum of the periodic table.
Kretschmar stopped putting her faith in mainstream medicine 40 years ago after a car accident severely compromised her physical condition. She was told she would need to rely on a wheelchair the rest of her life, but instead drew upon her innate spiritual abilities and was able to resume a regular life in six months. A certified Reiki Master and reflexologist, Ms. Kretschmar brings a wealth of experience to Hummanagold, including expert dowsing and intuitive energy sensitivity. She spends a great deal of time educating and introducing the new thought paradigm of ORMUS so that more people can understand these new materials and their potential effects.
Through their study of ORMUS, Kane and Kretschmar have developed a perception of life where science and spirit converge, setting the stage to the most beneficial outcome for all living beings.
You can purchase Humannagold products at www.humannagold.com
About Ethann Fox
Ethann Fox is a spiritual teacher and founder of the Flower of Life Center for Human Evolution and the visionary behind the Awake And Empowered Expo. He has spent the past 19 years as a practicing astrologer and numerologist as well as in the business and financial arena. In late 2010, he experienced a spiritual awakening that changed the course of his life and Flower of Life was established soon after.
Ethann has been gifted with the ability to accept the karma and negative emotional energy from others without any adverse effects to himself. He is able to do this while raising the consciousness of entire groups of individuals at once. Now he uses this divine gift to help others to live happier more fulfilling lives and to aid in the transition to a new world consciousness.