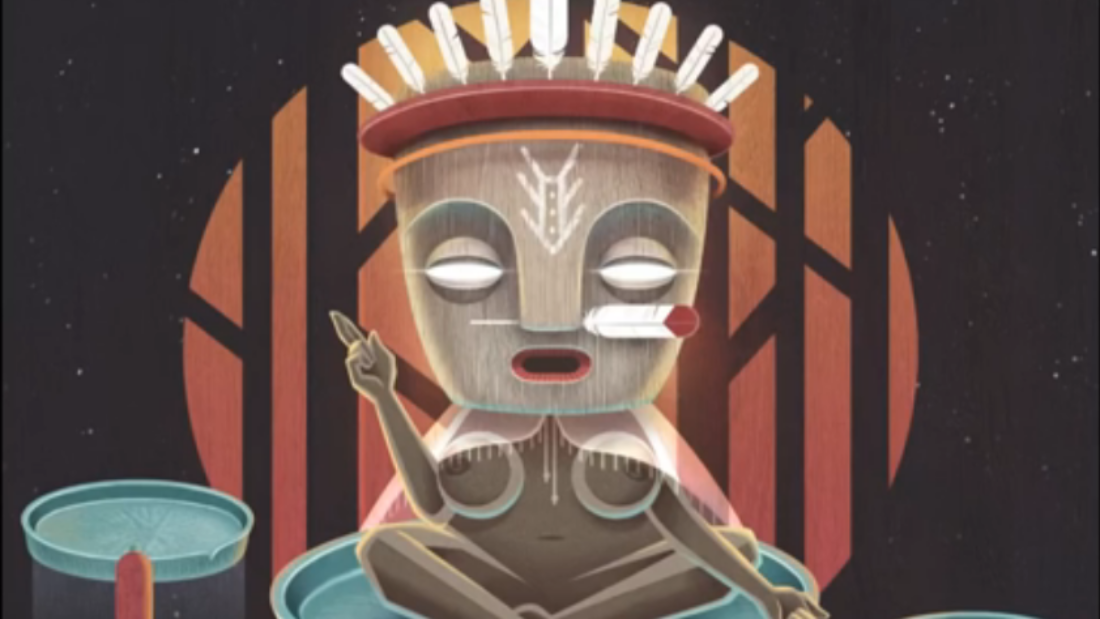 The forth compilation of Frente Bolivarista is inspired on the sounds of Nomade Festival which happened in Halver/Germany on 2016. After a three day journey of a lot of fusion music into the woods, meeting dozens of great and insipiring people from all over the world we’ve decided to release a new compilation inspired on this beautiful exchange of knowledge.

Frente Bolivarista represents nowadays more than 80 artists of distinct sound territories from all over the globe united by the joy of sharing good music.
credits
released October 20, 2016

Festival Nomade is on
https://www.festivalnomade.cl

“A shaman is someone who has been to the end, it’s someone who knows how the world really works, and knowing how the world really works means to have risen outside, above, beyond the dimensions of ordinary space, time, and casuistry, and actually seen the wiring under the board, stepped outside the confines of learned culture and learned and embedded language, into the domain of what Wittgenstein called “the unspeakable”, the transcendental presence of the other, which can be absanctioned, in various ways, to yield systems of knowledge which can be brought back into ordinary social space for the good of the community, so in the context of ninety percent of human culture, the shaman has been the agent of evolution, because the shaman learns the techniques to go between ordinary reality and the domain of the ideas, this higher dimensional continuum that is somehow parallel to us, available to us, and yet ordinarily occluded by cultural convention out of fear of the mystery I believe, and what shamans are, I believe, are people who have been able to de-condition themselves from the community’s instinctual distrust of the mystery, and to go into it, to go into this bewildering higher dimension, and gain knowledge, recover the jewel lost at the beginning of time, to save souls, cure, commune with the ancestors and so forth and so on.” - Terence Mckenna